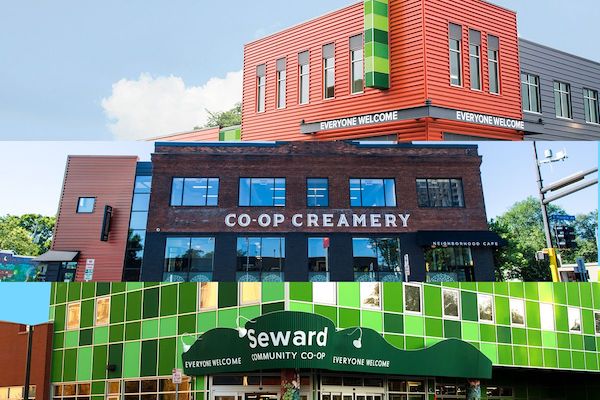 Seward Co-op opened in 1972 on the corner of 22nd and Franklin avenues. In the beginning the co-op was run by a core group of volunteers and had a small selection of products with a heavy emphasis on bulk goods.

Over the years ownership and sales grew significantly. By the mid-1990s, it became clear that the co-op was still growing. With the support of owners, Seward built a new store at 2111 E. Franklin Ave., which opened in 1998.

In 2005, the co-op began to plan for a new store expansion on Franklin Ave. Co-op owners invested $1.5 million in the project, and the current Franklin store opened at 2823 E. Franklin Ave. in 2009.

In 2013, Seward Co-op announced its second store, the Friendship store, at 38th St. and Clinton Ave. The Friendship store opened in October 2015, and offers the opportunity to bring together more people around good food.

Seward Co-op also opened its first restaurant in 2015, the Creamery Cafe, at 2601 E. Franklin Ave. In addition to the cafe, the Creamery building also houses the co-op’s food production facilities and administrative offices.

Back in 1972, when the co-op took shape, few people imagined it would grow to be the thriving community center and source of healthful food it is today. What’s most important is that amidst its growth, the co-op has remained true to its Ends, never losing sight of its commitment to its owners and the greater community.