Clear cutting primal forest is standard practice for the conventional palm industry, which displaces (or kills) native species—like the Sumatran tiger, the Asian rhinoceros and the Sumatran Orangutan—putting them at high risk for extinction. Even more disturbing is that these are “keystone species” that have a disproportionately large impact on the state of the ecosystem as a whole. So, what does sustainable palm oil mean for animals?

Palm Done Right is about “just saying no” to clear-cutting, burning or planting in primal forest.

Instead, Palm Done Right farmers build up degraded land through organically growing palms, often surrounded by other complimentary crops, while leaving a portion of the land uncultivated to foster biodiversity. 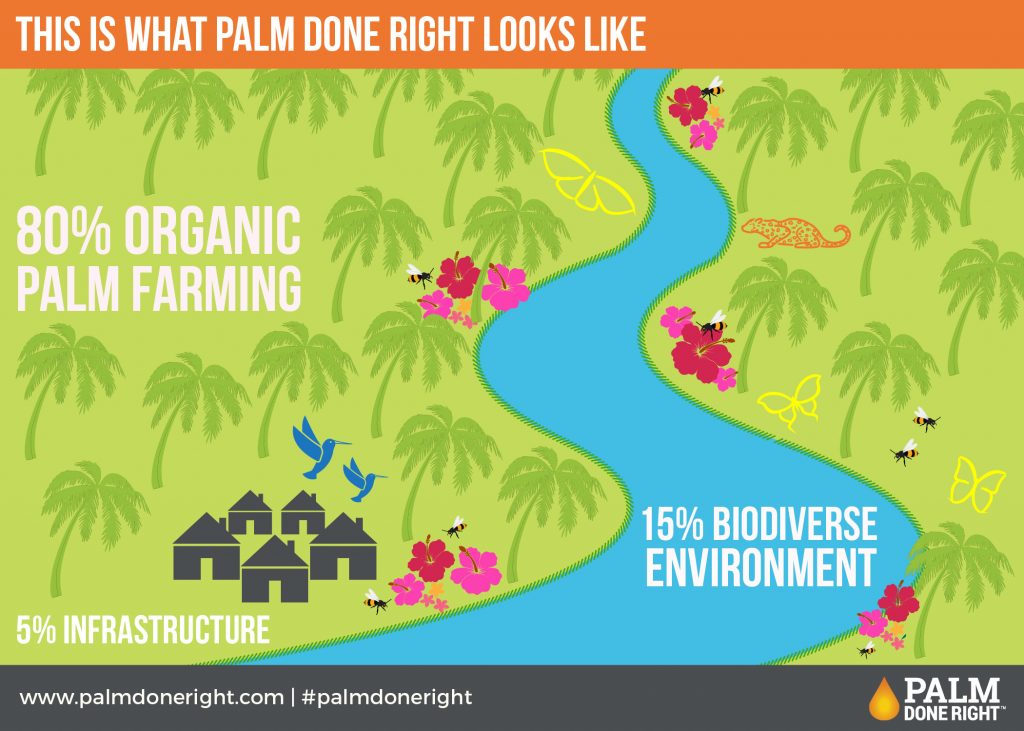 With Palm Done Right, roughly 80% of the land is used for organic production, 5% for infrastructure, and 15% is left as a protected bio-diverse environment. The farming of a variety of crops on smaller, family-owned plots enhances biodiversity by design.

One of the tenets of Palm Done Right is to learn about threatened species and indigenous plants and animals surrounding the farms in order to develop programs to protect and nurture them. This also increases biodiversity, which is essential to the ecosystem as a whole.

How does biodiversity affect animals?

Biodiversity affects animals in a multitude of ways. An ecosystem is a highly complex puzzle of interconnecting parts—from the microscopic level to large animal species—that, when healthy, exist and thrive symbiotically within a given area. 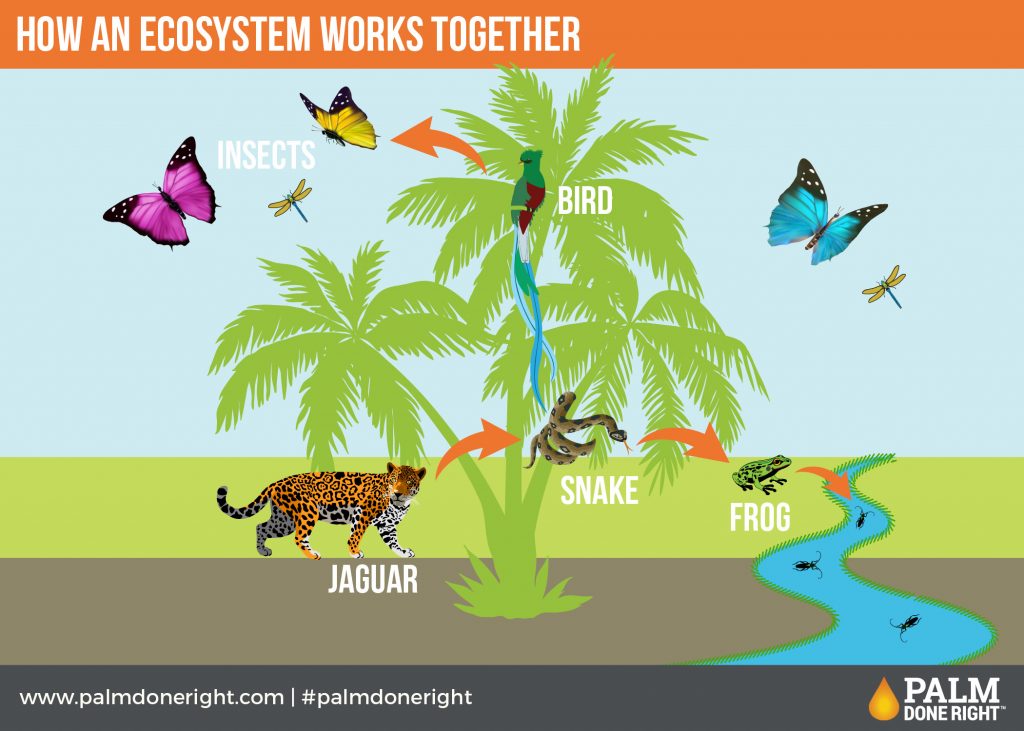 An ecosystem is intricately intertwined between soil, water, plants, and creatures small and large.

The wolves of Yellowstone Park—while a long way from any palm farm—are an oft-cited example of how removing one piece of that puzzle can throw off the whole ecosystem.

When wolves were killed off from Yellowstone Park in 1926, it caused a cascade of consequences throughout the whole ecosystem of the park. Elk, because there was no longer a predator to keep them in check, became abundant and overgrazed the land, including the aspens and willows that prevented erosion and shaded streams and creeks. Beavers and birds were affected, because the elk were eating their homes, and the fish and amphibian populations declined as the streams became wider, shallower and warmer.

It’s like pulling a loose thread on a sweater…everything unravels. Which is why maintaining healthy ecosystems is so important, and why sustainable palm oil practices means good things for animals.